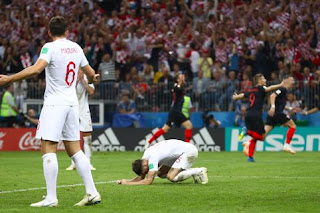 England will head to St. Petersburg for a rematch with Belgium that neither team wants in the third-place game.

England captain Harry Kane has revealed how heartbroken the Three Lions are after losing to Croatia in the semi final of the FIFA World Cup on Wednesday night.

Croatia on Wednesday made its first World Cup final ever, after defeating England team in the semi-final game which ended 2-1.

Croatia will play France in Sunday in the World Cup final in Moscow.

Croatia have only lost one of their six knockout matches at the World Cup, losing to France in the 1998 semi-final.