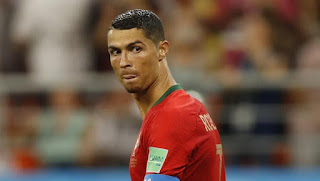 Real Madrid midfielder, Luka Modric, has said he does not think Cristiano Ronaldo will leave the club, despite speculation linking him with a move to Juventus.

It is being rumoured that the Italian champions could pay up to €100million for Ronaldo, who has spent nine years at Madrid

Modric, however, believes the 33-year-old will stay with the Champions League winners.

“Let’s see what happens,” AS reported him as saying.

“I don’t think he’s going to go and I would like him to stay because he’s the best player in the world.

“He means a lot and hopefully he will stay. I think he’s going to stay – that’s my opinion. It would be very good if he stays because I can’t imagine him in any other European team.”