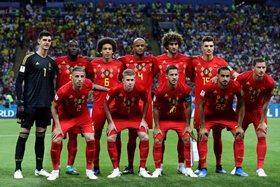 Belgium have joined neighbors France in the semifinals of the 2018 World Cup after a 2-1 win over one of the pre-tournament favorites, Brazil, on Friday evening in Kazan.

Belgium took the lead after 13 minutes when Fernandinho headed into his own net, Man City’s Kevin De Bruyne doubled the advantage in the 31st minute before Renato Augusto pulled a goal back on 76 minutes.

Though De Bruyne picked up the official Budweiser Man of the Match accolade, SuperSport pundit Jay-Jay Okocha says he was most impressed by another Premier League star in Chelsea’s Eden Hazard.

”It was a high quality match today and I think both teams were just trying to outsmart each other, today it worked in favour of Belgium, not that the Brazilian team didn’t do well enough to have won the game. They created chances, they kept pushing forward, they were a bit unlucky,” said Okocha.

”Against this solid Brazilian team, Belgium nearly got the third goal, Hazard was the Man of the Match for me, in the second half he did very well, held up the ball very well, committed players, got a lot of fouls for his team, he didn’t take a breather.

”You need somebody like this to come to play when you are struggling, when you have to hang in there.”

The Red Devils will attempt to reach the final for the first time in their history when they tackle 1998 champions France on Tuesday in St Petersburg.