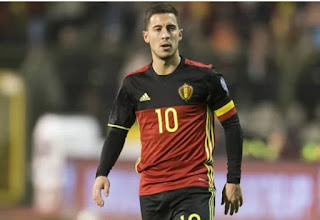 Belgium captain, Eden Hazard has said he is on a mission to fill the vacuum left by the exit of Cristiano Ronaldo and Lionel Messi from the 2018 World Cup.

The two best footballers in the world are on their way home, after Portugal and Argentina were both eliminated from the round of 16 on Saturday.

Hazard will lead his side out against Japan on Monday night in the last 16, ready to write his name into history books.

“They are not in the World Cup, so now it is time to shine. I want to go through the quarter-final, semi-final and maybe the final.

“I am not the only one, of course. Messi and Ronaldo, they are out now, but there are still a lot of good players at the World Cup. We will see at the end what happens,” he told reporters on Sunday.