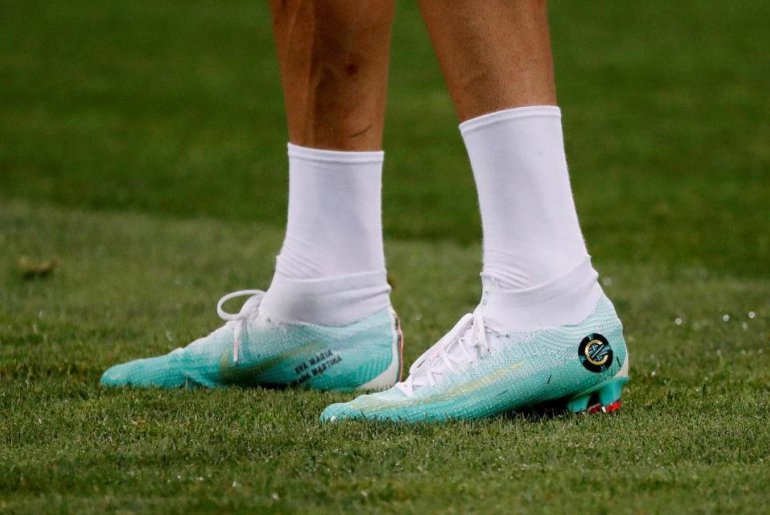 Cristiano Ronaldo’s Portugal may have crashed out of the World Cup, but the five-time FIFA Ballon D’Or winner used their last game to send a very important message.
In Saturday evening’s clash with Uruguay, the doting father had the name of his four kids etched on his boots.
His two daughters’ names – Alana Martina dos Santos Aveiro and Eva Maria Dos Santos – were etched on his right boot.
On the left boot, Ronaldo had Cristiano Jr and Mateo – the names of his two sons – etched on.
Portugal lost 1-2 to Uruguay courtesy of an Edinson Cavani brace.
Pepe however pulled one back for Portugal.